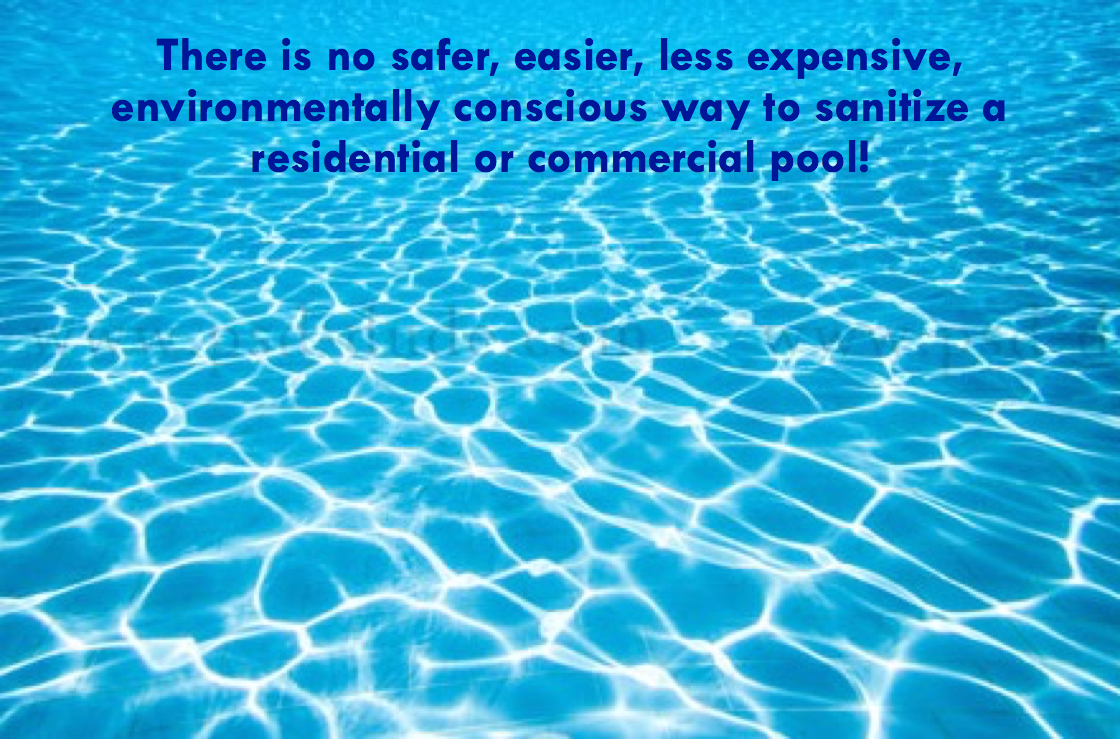 Chlorine Genie inventor Dan Tucker enlightens viewers on the history and functionality of the Chlorine Genie.
A must watch!

Clark Gelhaus of Antioch, CA tells it like it is. His Chlorine Genie's performance saves him time, money and is a big hit with his swimmers.

Make your own chlorine for about 16¢ a gallon. Pure Free Chlorine devoid of harmful additives and binders!
Copper/Silver ions reduce the demand for chlorine in effect reducing your chlorine cost to about 8¢ a gallon!

For Commercial Pools the Chlorine Genie also can produce Copper/Silver ions. This combination reduces the demand for chlorine by 50%-80%. Studies show that disinfection by copper/silver ions in combination with low levels of chlorine is n effective and superior alternative to conventional treatment of swimming pool water.

The use of metallic ions in water disinfection techniques is not new. The early Greeks used copper and silver goblets and vessels for drinking and storage purposes. The low solubility of these metals served as a natural, controlled release mechanism which added trace amounts of these ions to the water. Such amounts were high enough to purify the liquid without causing objectionable taste.

More recent use of copper and silver ions to inactivate microorganisms. Some microorganisms such as Legionella Pneumopnilia and Polio and others have developed resistance to chlorine but are inactivated by copper and silver ions and is well documented. In addition to bacteria, they also are effective in controlling viruses, algae and fungi in the 1.5 to 2 part per billion (ppb) range. Copper and silver ion disinfection of swimming pool water has several advantages over chlorine, ions are chemically stable and do not undergo the destructive reactions of aqueous chlorine; they do not form objectionable by-products such as chloramine or Trihalomethanes (THM); they do not escape from the water by volatilization as chlorine does.

Maintaining ppb range concentrations of copper and silver ions in swimming pool water in a convenient and reproducible manner is accomplished by electrolytic generation of the ions. Electrolytic ion generators consist of a positively charged anode consisting of the metals to be ionized and a negatively charged cathode. The electrodes are housed in a chamber through which the water to be purified flows. The anode and the cathode are connected to a power source and a weak electrical charge flows between them, releasing silver and copper ions from the anode. The metals ion concentration is precisely controlled by varying both the flow rate of water through the chamber and the current to the electrodes.

Experimentation and publication by Gerba and others indicates that 300-400 ppb of copper and 40 ppb silver combined with 0.1 ppm -0.4 ppm of chlorine is more effective in controlling a host of microorganisms, including coliform, than the use of higher levels of chlorine. The research points toward a synergistic effect when water containing microorganisms is subjected to copper/silver ion treatment with low levels of chlorine. 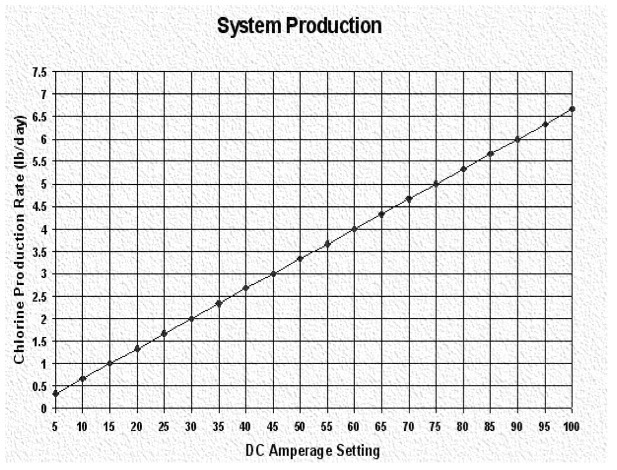 Based on the chart, (see Faraday's Law) the Chlorine Genie cell at 30 DC amps will deliver:

The Genie remains efficient because: